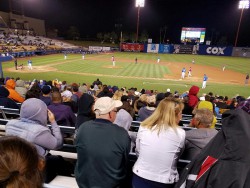 The 51s will host the Fresno Grizzlies, Triple-A affiliate of the World Series Champion Houston Astros, at Cashman Field.

HomeAid Southern Nevada will benefit from the SNHBA Night at the 51s baseball game, which is scheduled for 7 p.m., Thursday, April 19 at the Cashman Field in downtown Las Vegas.